A quick overview of the science instrument

The science instrument (also called payload) aboard PicSat has been specifically designed for the observation of the transit of planet Beta-Pictoris b in front of its star Beta-Pictoris. It is capable of achieving high precision photometric measurements of up to 100 ppm/hour (ppm = parts per million) at visible wavelengths on bright targets. Beta-Pictoris is a bright star with a visual magnitude of 3.86. The payload consists of a 5 cm telescope coupled to a state-of-the-art single-pixel avalanche photodiode by a single-mode optical fiber. The photodiode very precisely measures the number of photons collected from the star by the telescope. The optical fiber with its very small core helps to get rid of all the background noise (stray light from the Moon or the Earth, light scattered by the telescope structure, etc.).

Because the optical fiber, placed at the focal plane of the telescope, is only 3 μm in size at, the equivalent to 2 arcsec on the sky, a very accurate pointing system is required to ensure that the fiber will always stay centred on the target. This is achieved by a dedicated algorithm driving a two-axis piezoelectric actuator on which the fiber is mounted. 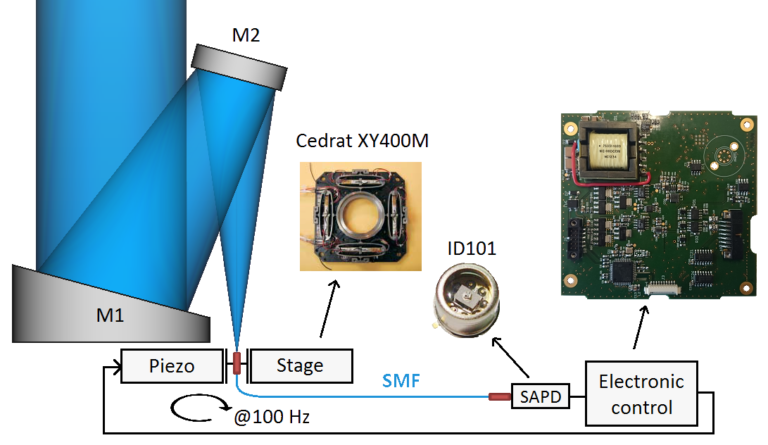 Because the science payload has to fit in a CubeSat sized structure, the optical configuration of the telescope is very compact and very simple. The telescope is a 5 cm off-axis parabolic primary mirror that reflects the light coming from the stars onto a folding mirror. The folding mirror injects the light into the single-mode fiber, placed in the focal plane of the primary mirror. The total system has a focal length of 13.5 cm and perfectly fits in the 10x10x10cm single CubeSat unit. 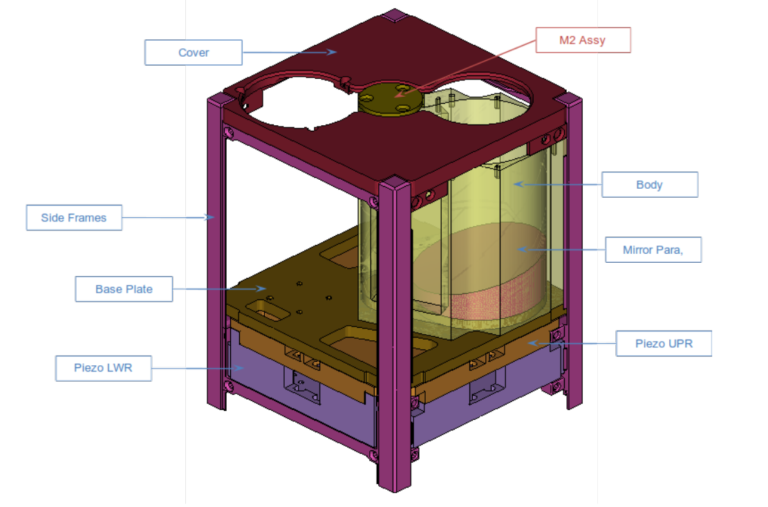 This extremely compact system has one major drawback. Since it uses an off-axis primary mirror, its overall optical quality rapidly degrades if the system is not perfectly aligned and/or if the target is not centered. To make sure that the telescope can be tuned on the ground and that the alignment will resist to the vibrations during the launch, an adjustment system has been designed of the mount of the folding mirror (M2). The support which holds the folding mirror in place is mounted on the head block with 3 screws. A set of peelable washers are placed between the head block and the folding mirrror support on each screw, allowing for a very fine and robust tunning of the tip, tilt, and focus of the instrument.

One of the main task devolved to the payload electronic system is the real-time fine tracking of the target. The core of the optical fiber measures 3 μm, which is about the same size as the diffraction pattern, or Airy disk, of a point source, the star, generated by the telescope. Therefore, in order to make sure that no signal is lost the fiber has to be kept centred on the star.

If the star moves in the focal plane, for example due to satellite jitter, then the flux injected in the fiber rapidly decreases. The acquisition system only has one pixel and it can therefore not easily detect where the star has moved to.

In practice, this general idea takes the form of a dedicated Kalman algorithm, which uses the data coming from the piezoelectric actuator position sensors and from the photodiode (and possibly even from the embedded three-axis gyroscope), to estimate the position of the star in real-time. The algorithm itself runs at 1 kHz, and is able to correct for the jitter of the star up to about 30 Hz. 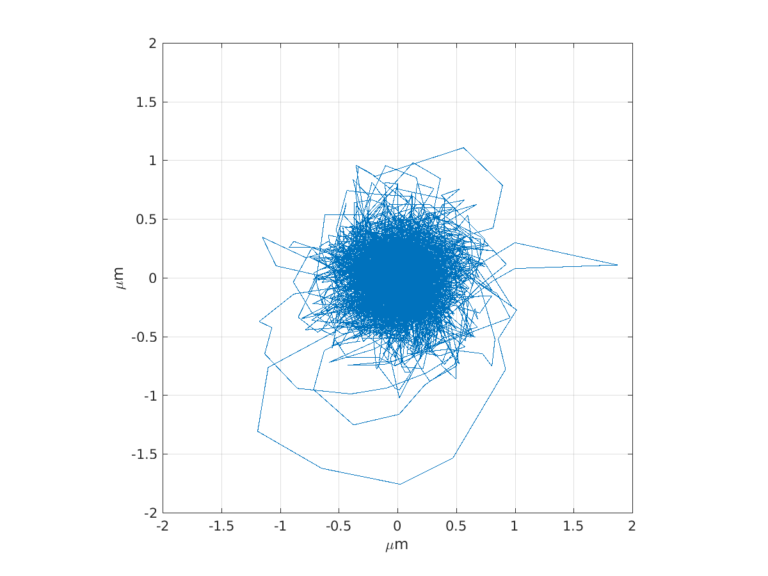 Simulation of the displacement of the star with respect to the optical fiber in the focal plane of the instrument, when the fine pointing stage is active. 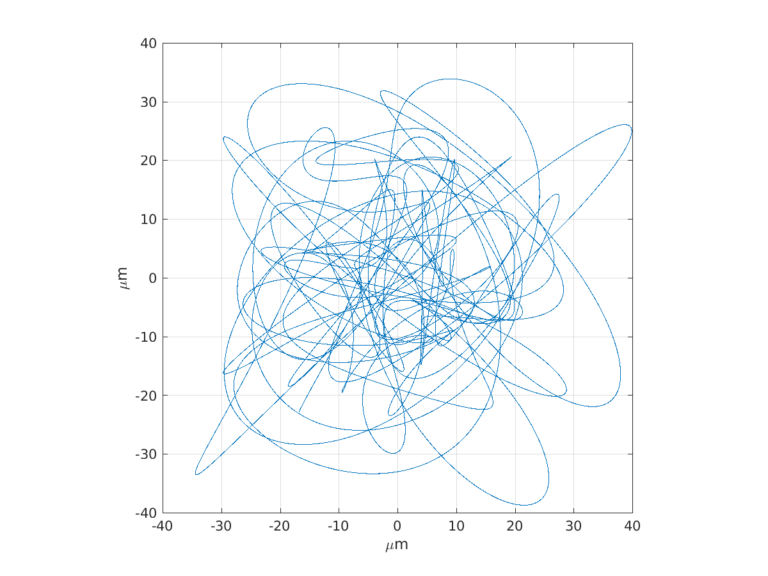 Simulation of the displacement of the star with respect to the optical fiber in the focal plane of the instrument, when the fine pointing stage is inactive.

Some of the other tasks devolved to the payload board are:

The whole software embedded on the STM32 microchip is designed and implemented within the GERICOS (GEneRIC Onboard Software) framework, developed at LESIA.