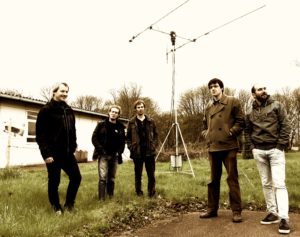 The mission has been going really well, in spite of a problem with the Attitude Determination and Control System, the solution of which is well under way. 80 radio amateurs from around the globe have been contributing to the mission by receiving and sending the decoded telemetry to the PicSat Data Base. This has proven extremely useful for the team!

The cause of the sudden silence is not known at this point. The last beacon was received from Brazil by Roland Zurmely, PY4ZBZ, yesterday at 13:17:37UTC. If nothing happens in the 72 hours following the last communication, yesterday at 11:20 UTC, then the Watch Dog should be kick starting the satellite and get everything back operational again. Everybody waits and hopes to see this coming Friday 23rd March. In the mean time, the team tries to find out more about what could have caused the sudden stop of communication. 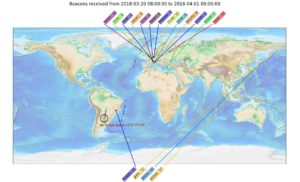 
How hard can it be? I mean, creating an SiDS server and making it available to anyone wishing to send frames in real time? That’s just about parsing an HTTP request, and saving stuff in the database. Piece of cake, really. After all, SiDS just means “Simple Downlink Share”, doesn’t it?

And yet… Bad request forwarding, slow server response time, access right issues, database collisions, we got them all! So, no, it wasn’t easy. And I can’t guarantee that there won’t be a few bugs left out here and there. But so far it seems to be working well enough.

I am glad to announce that the SiDS server for PicSat is now open and ready to process your telemetry frames!

In order to use it, you will need to go under your “profile” tab (don’t have an account on this website? Create one here!), and open your SiDS access by clicking on the button. You can also find the “source” that you should use when sending data. This should be your callsign if you have one, or your user name if not.

A big thank to Mike DK3WN and Viljo ES5PC for their help in debugging that stuff!

Press Release for the launch


Busy day today! The CNRS has sent out the press release for the launch. Please find here the French version and the English version.

Launch is on for the early morning of 12 January 2018 at 4h58m local Paris time. It can be followed live on http://webcast.gov.in/live/.

ISRO has made a formal announcement with a nice brochure to it.

The launch is near!


PicSat has been in India at the ISRO Sriharikota launch base since last month, and PicSat team members Mathias Lowak and Lester David have been on site to make sure that all is OK.

The launch is foreseen to happen on Friday 12 January at 4h48m AM Paris local time (9h28m local time in Shriharikota). It will happen on the PSLV (Polar Satellite Launch Vehicle) mission C40, together with a collection of other CubeSats and the larger Cartosat mission. After the ignition of the rocket, it should be about 20 minutes to reach the altitude of 505km where PicSat it to be released from its launch pod. The initialisation sequence is then automatically started, and 30 minutes later the antennas will deploy.

Then somewhere between 8 and 10 in the morning local time, we expect to receive a signal from PicSat as it passes of the Paris region.

We are all very excited with the prospect of having our satellite finally up in Low Earth Orbit soon! 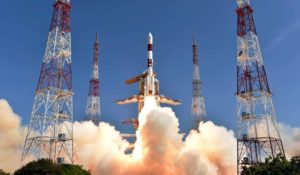